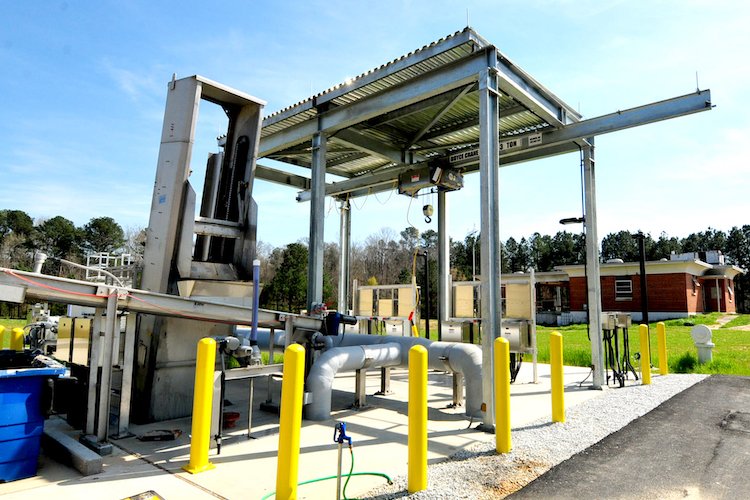 Do you have an upcoming project where cost and schedule certainty are critical? Are project costs increasing on your design-bid-build projects? Do you have the funding to build projects, but not enough in-house project management staff? Do you want to take your projects to the next level with total collaboration? If you answered “yes” to any of these questions, progressive design-build might be the ideal collaborative-delivery method for your next water/wastewater project.

So, what is progressive design-build (PDB)? PDB is a delivery process that facilitates collaboration between the three primary roles of the project—the owner, designer, and builder—during the earliest stages of project development, ensuring that all parties work together as a single team in developing innovative project solutions. The process gives the owner control of decisions and risk, while providing the design-builder the ability to manage the constructability, schedule, and cost to meet the desired outcome. Cost estimates are done at different phases of the design process to better understand cost impacts. As a result, there are rarely any change orders during a PDB project. Typically, when the design is somewhere between 50% to 75% complete, the PDB team and owner agree on a guaranteed maximum price (GMP). This is what makes PDB so “progressive.”

While each project varies by the level of involvement from each party involved, PDB allows for an extensive amount of collaboration. During the PDB design process, the owner, engineer, and contractor are constantly sharing knowledge with each other to better understand each component of the project before the design is finalized. Having a clear understanding of the project allows the team to determine the best way to build it. The owner has the opportunity to pick the items they want while understanding the costs of the decisions they are making. The team is also able to understand the risks of a project earlier by having all parties engaged from the beginning.

When using the PDB delivery method, decisions can be made faster by having everyone in the same room. The discussions that take place can help determine the long lead time items early in the project and the PDB team is able to procure those materials early to minimize supply chain delays. This procurement method also gives the team the ability to phase the design in a manner that allows the construction entity to begin construction even though the design is not complete for the entire project. An accelerated schedule means lower costs for the owner — time is money.

During a PDB job, cost estimates are done at each phase of the design process, which allows the team to make swift decisions regarding additions and deletions of design and construction components of the project. The owner can request cost certainty at any phase in the design by using a GMP at a certain stage. This could be at the concept stage, 30%, 60%, 90%, or even 100% design. The owner can pick and choose what items they wish to include in the design while understanding cost increases or decreases, in real-time, depending on those decisions. The PDB team can lock in costs earlier than when using a design-bid-build delivery method by setting milestones early in the project to determine specific components and materials of the design.

In short, the PDB delivery model is becoming a preferred method to quickly and effectively implement water/wastewater projects around the country. One such example is the Honey Creek Pump Station & Pipeline Project recently completed for DeKalb County, Georgia.

DeKalb County needed to upgrade its sewer system to meet anticipated sewer needs in the Honey Creek Sewer Basin for the next 45 years. Garney was selected as the design-builder for a new pump station, force main, and gravity sewer. The old system at Honey Creek included the existing Honey Creek Pump Station and a 16-inch force main that spanned 17,000 feet along Rockland Road to an existing discharge manhole. From there, the flow was carried via a 24-inch gravity sewer to the Pole Bride Wastewater Treatment Plant.

The scope of work consisted of a new 7.5-million-gallon-per-day (mgd) pump station with four 300-hp submersible pumps in a 45-foot-deep excavation, with a 100-foot-by-80-foot footprint. The scope also included a five-ton overhead monorail crane, odor control system, 1,000-kW standby generator, fuel containment, and a new 2.5-mgd pump station that allowed the overall design to store flow in an existing basin that provided for 10 mgd of pumping discharge capacity.

How Did PDB Make this Project a Success?

The Honey Creek project was a fast-paced design-build project. Upon receiving the contract on October 17, 2016, Garney and their design partner were required to have the design complete by year-end 2016. This short timeline challenged the PDB team, (DeKalb County Watershed Management, construction manager, engineer, and contractor) to work diligently, think outside of the box, and communicate effectively to deliver the finished product by December 31, 2017. The PDB delivery method allowed the project to be completed 20 days ahead of schedule through collaboration among the owner, engineer, and contractor. Having all parties present allowed the team to work through the design process quickly and efficiently, identifying potential risks and getting all ideas on the table. Using the PDB method, construction began before the project was fully designed, and design changes were resolved quickly with total project team participation.

Through constant communication within the entire team, relationships flourished. Trust was built among the project team, allowing all parties to put the project first and truly come together to make this a successful, award-winning project.

Billy Page joined Garney in 2015 and has been in the construction industry since 2001. Billy currently serves as senior project manager for projects in the Atlanta, Georgia, area, including design-build projects for Pauling County and DeKalb County. During his time with Garney, he has overseen the successful completion of more than $120 million worth of pipeline and pump station projects.