The City of Wichita’s ability to obtain adequate drinking water was threatened because their main source of water, the 125-mile Equus Beds aquifer, had become depleted. Additionally, as water levels decreased, the aquifer became increasingly vulnerable to saltwater intrusion from the Arkansas River to the southwest and past oil field operations to the northwest. To improve both the quantity and quality of available drinking water for the region, the City of Wichita’s Aquifer Storage and Recovery (ASR) project draws water from the Little Arkansas River during high flows, treats the water to drinking water standards, and then injects the treated water into the aquifer for recovery and use during drought conditions.

The City of Wichita elected to use design-build in order to have adequate water supplies available before projected demands exceeded the city’s current water supplies. Projects indicated that the only way that the city could meet the region’s demand for water was through the design-build delivery method. The City led an open design-build procurement process including a prequalification, design-build RFP, and interview. The Alberici/ Burns & McDonnell/CAS Constructors joint venture won the contract with a price that was more than 28% below the construction estimate from the design engineer.

The Alberici/Burns & McDonnell/CAS Constructors team designed and built an innovative process, beginning with an intake structure that pumps up to 60 mgd out of the river. Filtration systems treat raw water, removing sands and other materials using bar screens, cyclone sand separators, and automatic strainers. After the water passes through the intake structure, it is pumped through a 3-million-gallon pre-sedimentation basin before it is conveyed via a 2-mile-long pipeline to the water treatment plant. The water is then treated at a membrane filtration plant. Water can then be tested and pumped to the ozone/advance oxidation plant for final cleaning and filtration. This filtration process removes atrazine, an herbicide, and disinfects the water. The water is then stored in a 2-million-gallon holding tank before being pumped into wells to replenish the aquifer.

The project protects the community’s water supply through the addition of aquifer storage and recovery. This solution draws excess flows from the Little Arkansas River during rain events, treats the water to drinking water standards through a sophisticated membrane and advanced oxidation process, and recharges it into the aquifer for future withdrawal. By capturing excess rainfall and storing it in the ground until needed, the city can capture and recharge 35 million gallons of water per day.

The joint venture provided value engineering solutions to deliver the facility at a cost 28% below the engineer’s estimate, most notably by relocating the presedimentation basin to the intake site, which is closer to discharge point, to reduce long-term operational costs of solids disposal.

The project has earned numerous accolades, including:

“Having a project with a unique combination of treatment technologies, an aggressive construction schedule, and requiring extensive coordination with other construction projects could potentially spell disaster. However, the Alberici/Burns & McDonnell/CAS Constructors team used it as an opportunity to demonstrate creativity and cooperation and have delivered a project that will serve as a benchmark for other projects and establish a cornerstone for the city’s future water supplies.”
—Deb Ary, PE, Wichita Public Works & Utilities 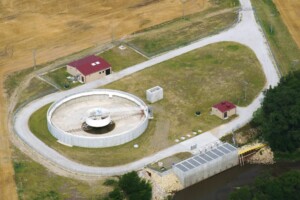 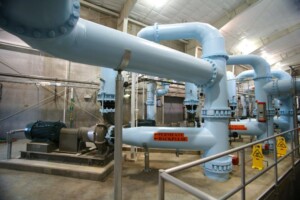 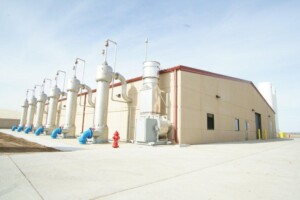