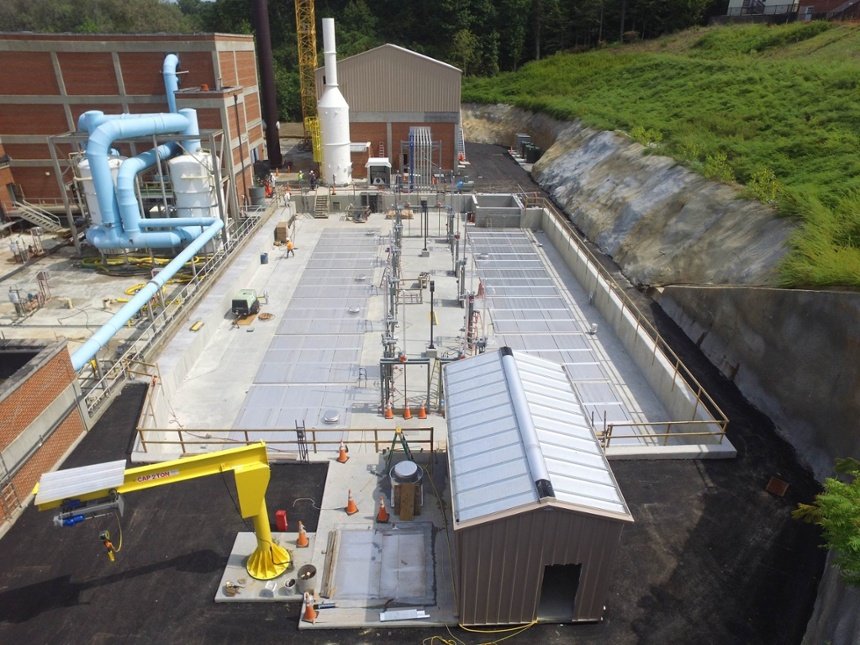 To mitigate the harmful effects of grit accumulation and treatment degradation, the City selected a design-build team (DB team) consisting of Western Summit/Anatek/Brown and Caldwell to provide immediate and long-term solutions through the design-build delivery method. Throughout the project, design-build best practices included:

To facilitate effective, early collaboration with City staff, the DB team was located a short distance from the owner, often co-located on the site, allowing City staff to participate in meetings, conduct reviews, and assess potential budget and schedule risks associated with the development of solutions in near-real time. Working shoulder to shoulder with City staff, the team re-imagined how elements could be more optimally conceived and constructed. For example, the team addressed the City’s need to maintain operations throughout the project as top priority. One measure included a temporary retrofit of the existing grit removal system to provide immediate grit removal relief and downstream process protection throughout construction.

Subsequently, the DB team worked with the City to refine a long-term grit solution through a sustainable, cost-saving design. While the City initially requested 12 separate channels in the HeadCell structure, one feeding each HeadCell unit, through the team’s experience and discussions with operators, a determination was made that 12 channels tend to clog, requiring increased maintenance and service. The DB team and the City envisioned a concept including only two channels, each feeding six HeadCell units. This solution required less concrete, making it more efficient to build and more manageable for operations staff to maintain.

Existing site conditions also posed a unique challenge. The unknown stability of the rock comprising the hill adjacent to the project, along with the slope of its fracture lens and its consistency, were critical risks assigned to the design-builder in the RFP and budgeted as a contingency in the project’s price. During negotiations, the DB team evaluated our contingency costs, and the City agreed to take ownership of some risks associated with the subsurface conditions considered unlikely. Instead, the team worked together with the City to establish a subsurface allowance, which offered a more equitable approach since the team would have received a cash windfall should the rock prove stable. Excavation revealed the fracture lens was sloping toward the site, requiring significant geotechnical stabilization to alleviate the risk. As agreed, the City paid the DB team to stabilize the rock, efficiently mitigating the risk.

Design-build delivery, collaboration, and a “best-for-project” mindset led to significant breakthroughs and innovations, effective balance of project risk, and provided substantial capital and operational cost reductions. The Western Summit/Anatek/Brown and Caldwell team delivered an expedited design allowing for early permitting and construction, met the schedule, delivered on budget, adhered to minority and female business enterprise participation requirements, and safely delivered the project while maintaining facility operations. By leveraging the collaboration inherent in the design-build delivery method, the overall schedule was reduced by 18 months compared to a traditional design-bid-build delivery method.